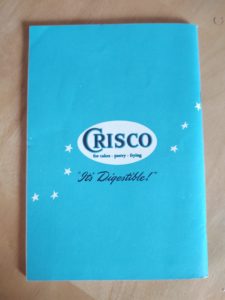 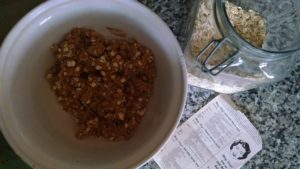 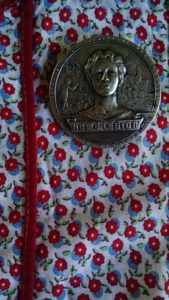 In an earlier post (here) we learned about the prestigious Home Legion medal for distinguished service in homemaking. I was incredibly fortunate to come into possession of a medal, but I don’t feel that I have ‘earned’ the pin until I have completed the steps that all original Home Legion members had to complete for the recognition.

Step one: Join the Home Legion by filling out the application. I shall check the boxes of ‘good meal planning, careful household management, thrift — preventing waste, maintaining morale, creating a happy atmosphere, and interest in and work for the community’.  Check! 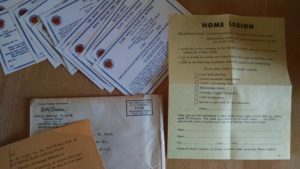 Step two: Hang the Homemaker’s Creed on a wall in my kitchen. Check!

Step three: Answer the questions in the first round of mailings: “How do you make your meals fit your situation?” and “What do you do to insure taste, appeal, and eating satisfaction in your meals?”

How do you make your meals fit your situation? My household consists of me, my husband and our beloved dog. I prepare meals in smaller batches for the two of us and freeze what cannot be eaten in one sitting. As my husband likes meat dishes and I don’t, I prep food that is half vegetarian all in one dish. This works great for casseroles or soups where I can pick out pieces of meat (guess who gets to eat what I don’t). I can also cook meat ahead of time, freeze it in servings and add it to dishes after I have taken out my portion. Breakfast meals are usually quick and on-the-go, like homemade granola bars. Lunches are on our own at work, usually a peanut butter sandwich and cookies packed the night before. Dinner typically follows a routine of my go-to dishes that can be made from memory.

What do you do to ensure taste, appeal, and eating satisfaction in your meals?  For taste, I use as many spices and seasoning as possible. Everything can use a little something — lemon peel in broth, sage and thyme added to gravy mixes, etc.

For appeal, I rely on simplicity. Plates and serving bowls are all pure colors such as white or jadeite or similar. As long as plates and utensils are clean and the food on them is tidy, not spilling over or splashed allover the counter tops and prep areas, I feel they are appealing.

For eating satisfaction, I rely on experience of past meals and knowing what we truly like to eat. I have a collection of recipes that are ‘tried and true’ in our household and only try new dishes once in a while from ingredients that I know we like. There is enough variety in our meal routine and we end up always eating our favorites.

Bonus Step: Tuning in to the Betty Crocker Cooking School of the Air radio show.  (No affiliation with The War In My Kitchen — just a cool website to find old time radio shows.)

Posted in Companies & Advertising, In the Kitchen, Radio 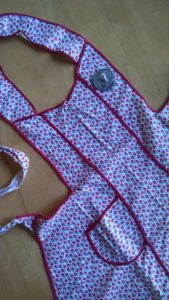 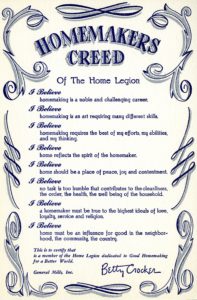 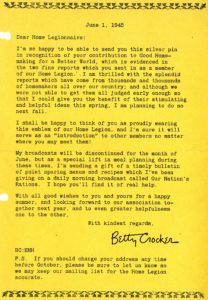 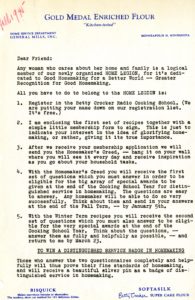 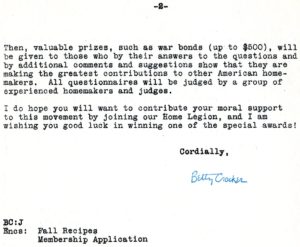 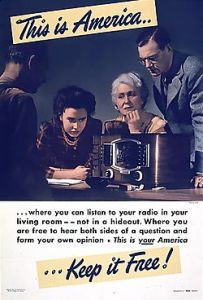