Though confusing at times, the main rules imposed by the Office of Price Administration were something like this: 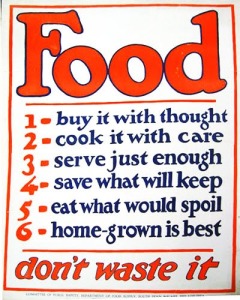 Ration Book Four: (Late 1943) Continuation of all the above.

The overriding advice of the program, as printed on Ration Book Two: